Enviroschools > Creating Change > Our Stories > How Much is Too Much Waste?
« BACK TO ALL
Learning for Sustainability Zero Waste

How Much is Too Much Waste?

With a focus on waste last term, staff and students at Argyll East decided to take a good look at how much waste they were producing. The session started with a mihi to the Atua – with particular acknowledgement to Tāwhirimatea, 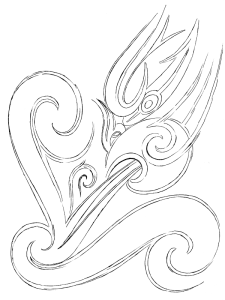 as they really needed him to stay away and not blow the rubbish everywhere! Luckily, he (mostly) favoured them with the gentlest of breezes.

Their wheelie bins were tipped onto a large tarpaulin and all the students got stuck in and sorted the rubbish after having identified what categories could be used. They then discussed amongst themselves why waste matters.

In surprisingly quick time, all the rubbish was sorted, and the tamariki took a moment to walk around the bins and think about the impact of the waste. They reflected on what they had discovered and seen, and the students felt “disgusted” and “sad” about all that waste.

The waste was all weighed, so that the impact of any actions taken could be clearly measured and compared again in future. And some of those actions were identified straight away. For example, the “smiley faces” used for recognising positive behaviour – pieces of paper used once and then discarded – could easily be replaced by another system that uses less paper.

Paper was by far the “weightiest” type of waste, even though much of their paper had already been diverted to the recycling. The used paper towels were also identified as a problem area. One solution suggested is composting them!

If they have just been used for drying hands, then they can be added to the compost to break down, which provides Papatūānuku with yummy fertiliser.