Earlier this term, students and staff from Linkwater School and members of the Tirimoana community attended a special ribbon-cutting ceremony at the Tirimoana Reserve, to celebrate the installation of a new noticeboard. 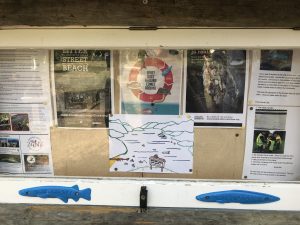 Everyone who lives in or visits Tirimoana can help care for Thompsons bay.

The noticeboard is the culmination of a project by one of Tirimoana’s youngest residents, Linkwater School student Angus Howe.

Last year, Angus learnt about the stormwater system, and found out that any rubbish or pollution that goes down the drains on his street, ends up in nearby Thompson Bay.

To raise awareness about this, he helped to attach blue fish to the drains in Tirimoana, and then went one step further, designing a noticeboard that would allow him to further educate the community and visitors to the area about this important issue.

Following the design he had drawn, Angus built the noticeboard with his Dad using recycled materials.

After consultation with the community the noticeboard has been positioned at the eastern end of the reserve, near the free library.

In the future, Angus hopes to use the noticeboard to keep the community informed about other environmental activities that are going on in the area, such as beach clean ups by children at Linkwater School. 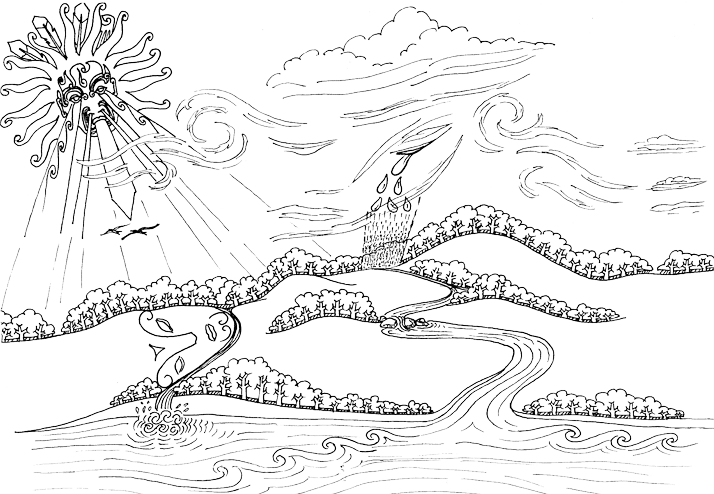 Taminuiterā shines down on Papatūānuku, while te tangi o Ranginui fall over her.