Grounding the Vision at Paeroa 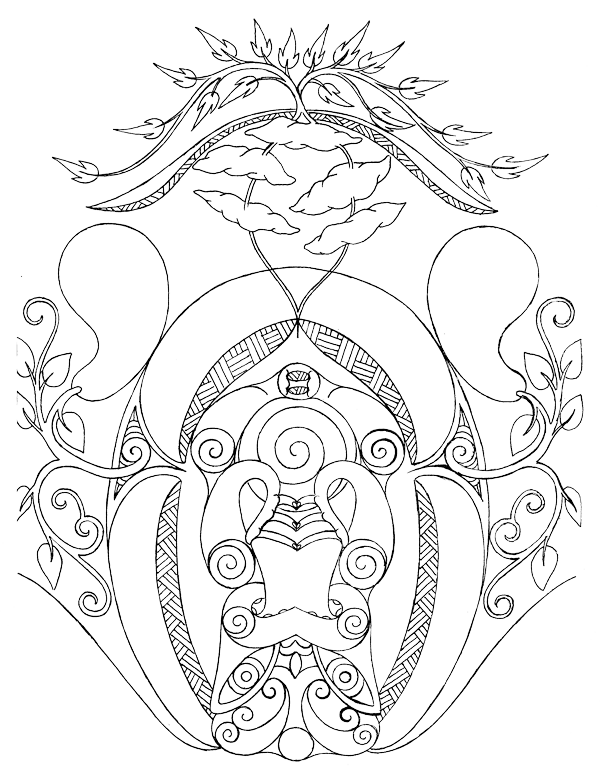 Secondary students create a canvas for a Living Landscape

The concrete quad area that students had described as “barren” and “boring” has been brought to life after creating a Vision Map last year, as part of the process of becoming an Enviroschool.

Local potter, Mike O’Donnell, and permaculture designer, Trish Waugh, have supported the students throughout the project and have worked with everyone in the school to create the tiles that represent their connections.

Enviroschools Lead Teacher, Corrie Anderson is delighted with the process and the resulting tiles “They look amazing, and the kids are rapt with them”, she said. The tiles were laid over a couple of weeks and the quad had it’s official opening in December last year.

Creating the tiles with local potter Mike O’Donnell helped Paeroa College pupils and teachers to explore their connections to place and people, and to go on to develop and transform their shared quad area.

It’s amazing what can happen in a short time when you have a group of keen students, passionate teachers, an inspired Principal and highly creative members of the community. 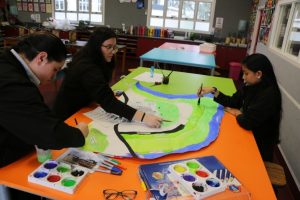 Students work on creating a Vision for the School

Paeroa College became an Enviroschool at the beginning of 2017. The Year 9 and 10 teachers decided to run the programme with their students to start with and allow it to grow throughout the school in subsequent years.

They started with a bang and hooked the students’ interest with Enviro workshops that spanned two days and were situated around the school, the Ohinemuri River and at a local permaculture garden providing the students with lots of hands on learning experiences around sustainability. 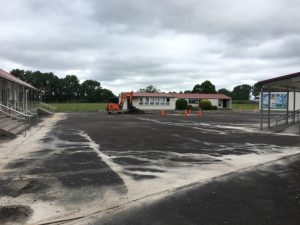 At the start of the project

From there, students looked at what was currently happening in their school and created a Vision Map to work towards becoming a secondary school where students were connected to place and felt empowered to take action to nurture each other, their environment, and their community.

They decided to start with developing the large tar-sealed quad that the Year 9 and 10 learning hub faced onto.

A focus group worked with local potter Mike O’Donnell and permaculture designer Trish Waugh to develop a plan for the area. 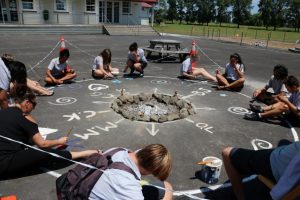 Activating the site with a fire.

The plan was taken to Principal Doug Black and the Board of Trustees who supported it wholeheartedly.

Ten months later, the area has becoming a living landscape, a deck/stage area has been created, soft sections of grass have already become well established and wide pathways lead to a central water feature created from local Rocks.

Students planted lupins in one section to enrich the soil for spring planting. Now heritage potatoes and kūmara are flourishing there. 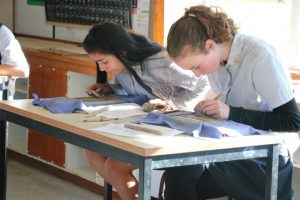 Recently, with the help of community members, students laid clay tiles into the pathways.

These tiles have been created by every student and teacher in the school over the last few months. Shannon Treleaven described how her tile expressed her connection to water, nature and the sun and that she saw these elements as the life of all things – “I feel like my tile is just connected to everything”.

Asia Te Moananui wanted to express what her Māori Culture means to her and included in hers, her mountain, her iwi and her whānau. She said students were excited to see their tiles laid and to realise they will be there for the future. 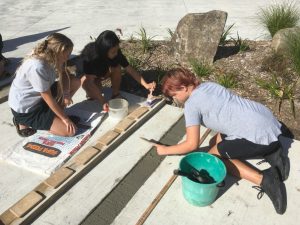 The quad was opened officially on the 6th of December 2018.

The Vision Map has been grounded with learning and action, and will guide and support future plans to care for people and the environment – not only in their own school but also in the wider community. 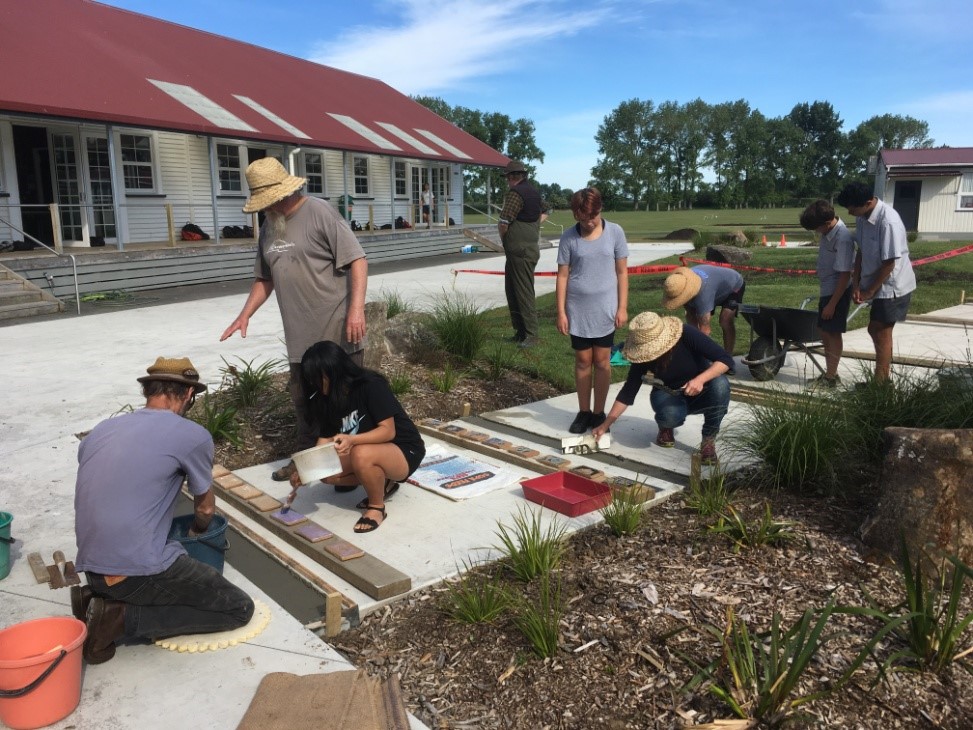 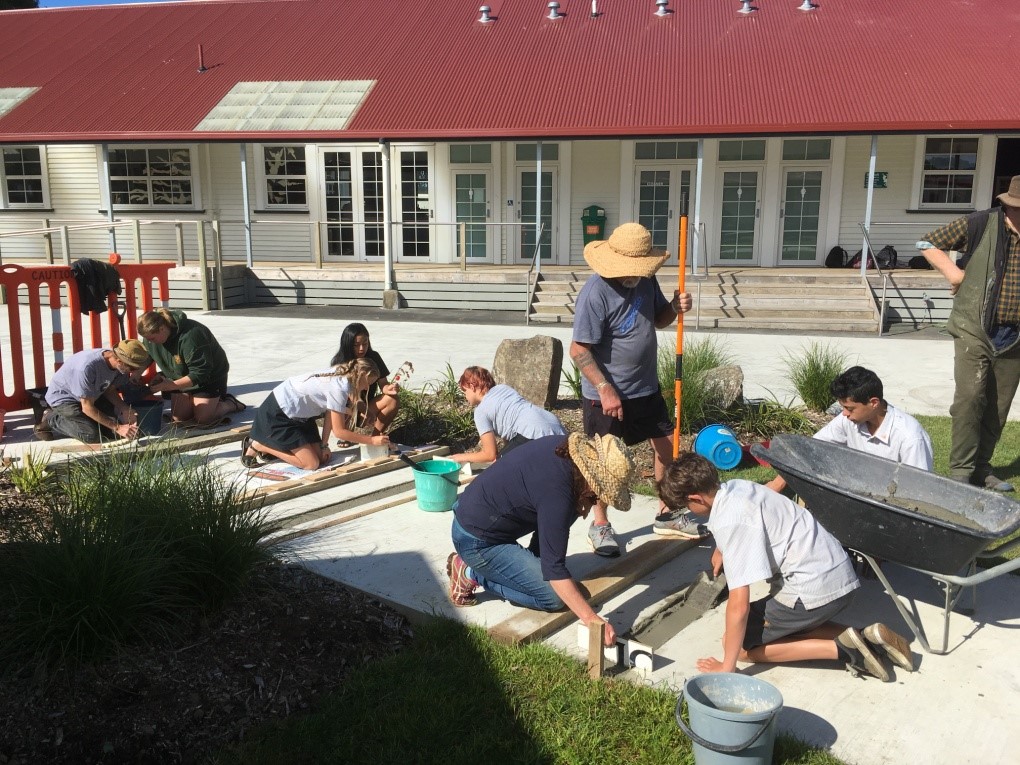 Working together towards a living landscape 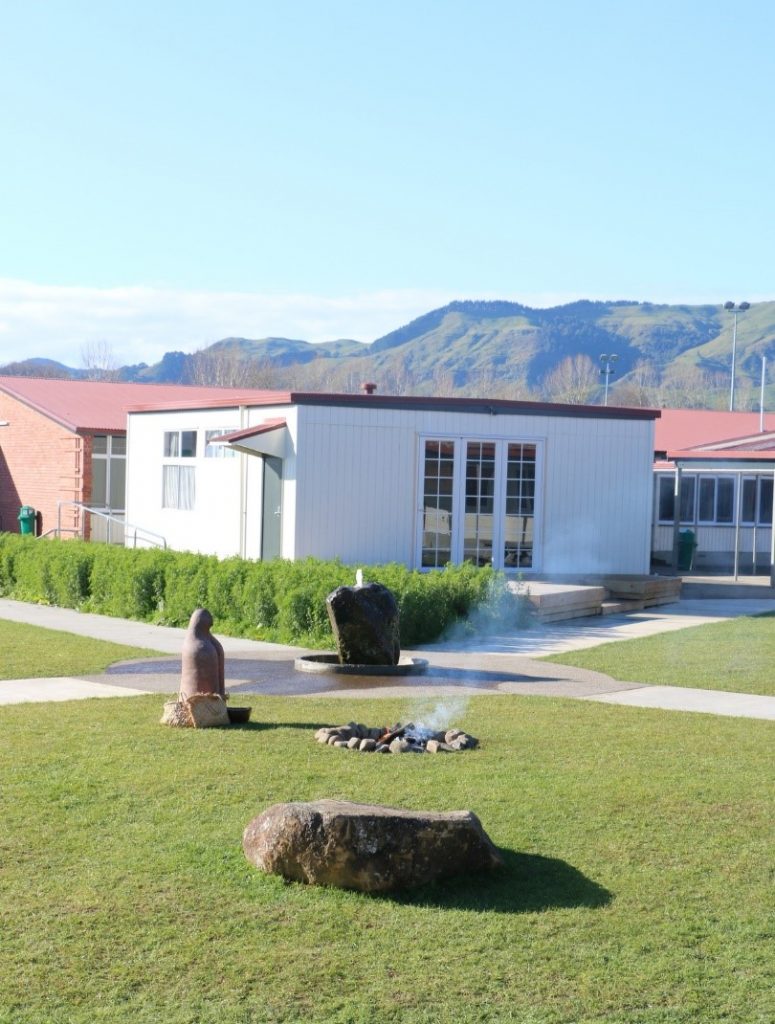