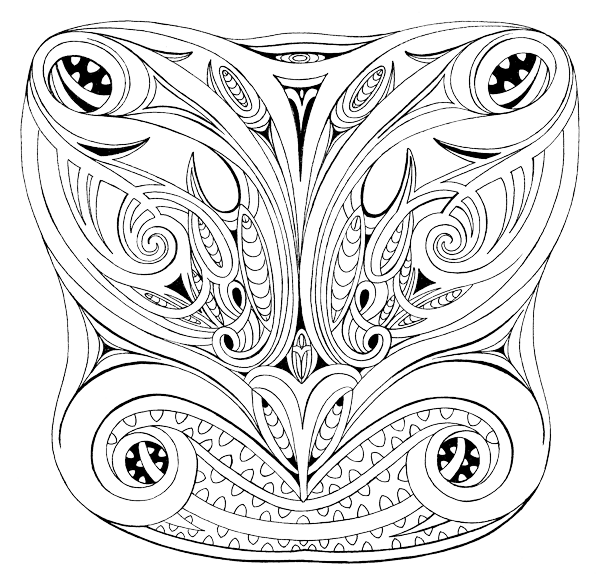 Female aspect of the sea. The Seatoun students' actions are ensuring Hinemoana is cared for and whatever flows from the land out to her is safe.

Strong relationship with a unique location

Seatoun School is situated in a unique location right beside the ocean and the Oruaiti Reserve on Motu Kairangi (also known as Miramar Peninsula). Kupe settled here and a pā site sits above the school grounds. It is also a haven for wildlife. Blue penguins and geckos make their homes on the peninsula and the area has been chosen as the first predator free site in Wellington. The whole community has been actively participating in trapping on private properties and monitoring traps in reserves. The school has many traps on site.

In 2019 Seatoun School embarked on a school-wide inquiry into making a difference in their community. The whole school worked with Mountains to Sea, Sustainable Coastlines and Enviroschools during the first half of the year to learn more about their local environment. Taking the time to listen to mana whenua and the land’s history before taking action was important. With Te Kura Kaupapa Māori o Ngā Mokopuna in the neighbourhood, the opportunity arose for year thirteen students from the kura to lead Seatoun School students and teachers on an amazing tour focusing on the importance of the peninsula to Māori.

The students then devised action projects based on their understanding of the environment. Action groups formed around water pollution awareness, native tree restoration, protecting habitats of local native animals (such as geckos, little blue penguins and wētā), dog control, communication and celebration with the community through art and journalism.

The Term One unit of inquiry, named ‘Mountains to Sea’, became the learning that keeps on giving, with the high level of engagement leading to further action groups in Term Two. This time action groups formed with students of varying ages from years five to eight. Groups met every two weeks, planning sustainable and meaningful actions to be showcased at the Community Action Day in July.

‘This is the start of the school’s special ‘So What?’ action, where sustained action will transform the biodiversity of Seatoun School and the surrounding reserve.’ – Lead teacher and librarian, Wendy Bamber

In July 2019 the school brought many people from across the community together to help them take action.   Hundreds of trees were planted on the local hillside between the school and the coast with the support of local Wellington City Council ranger, Brian Thomas. 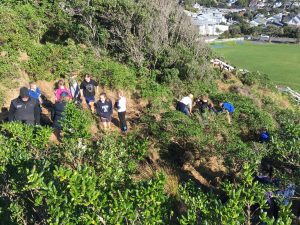 Working together to plant on the hillside between the school and the coast.

‘Litta-traps’ (catchpit filters) were installed in stormwater drains with Sarah Kachwalla from Mountains to Sea, and Oliver Vetter from Sustainable Coastlines supported a beach clean-up. A local PhD student supported building a gecko habitat, and over thirty wētā hotels were constructed and placed around the school and adjoining reserve “to bring back the native plants and animals.” 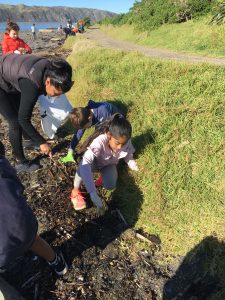 Picking up litter along the shore. 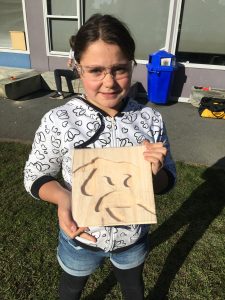 One of over 30 wētā hotels.

Students also created drain art around all the drains in the school grounds to draw attention to the fact that drains are for rain, not for waste. 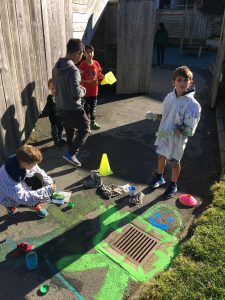 Painting the drains to raise awareness.

Conservation Dogs Programme staff from the Department of Conservation brought their dogs to school and the students  made flyers and signage for dog owners to protect the local blue penguins.

“We are creating awareness about keeping dogs away from our local penguins.”  – Seatoun student 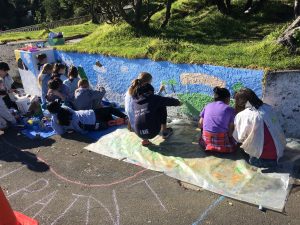 Painting a large mural on the retaining wall of the courts en route to the reserve walkway.

A group of students also painted a large mural on the courts en route to the walkway to the reserve indicating the importance of kaitiakitanga.

“Our mural shows our guardianship of this place.” – Seatoun student

The journalism group recorded and interviewed all the other groups, allowing their community to know about what amazing things were happening. They shared it with their community in this video which is posted on their website and shared here. 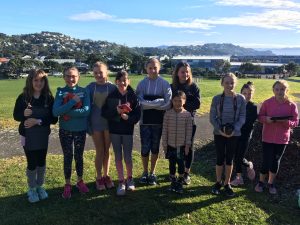 The journalism group poised to record activities and communicate these to the community.

“This is such a special example of a sustainable community in action. The depth of inquiry, thought and action has come to fruition through involving many different people in their wider community and the ongoing results are still being seen. This commitment to learning for sustainability, by responding to the unique place the school resides, is admirable. Ka mau te wehi!” – Arihia Latham, Enviroschools facilitator.