Enviroschools > Creating Change > Our Stories > Why did the penguins come to live at Sue’s house?
« BACK TO ALL
Ecological Building Empowered Students

Why did the penguins come to live at Sue’s house? 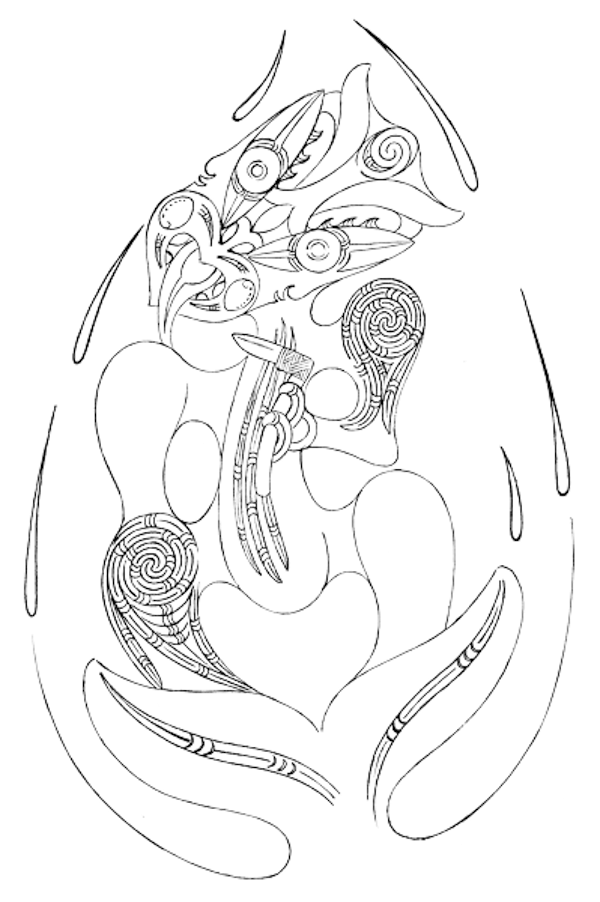 Tangaroa - Atua of Sea and fish with the qualities of changeable, gentle, fresh, brisk, stormy.

Teacher Sue’s place out at the Glen was being used by little blue penguins/ kororā as a nesting site in 2017. After sharing this news with her Room four Nelson Central – Kotahitanga students they embarked on an enquiry around these endearing birds and took action to help protect them.

My first link to Kotahitanga’s learning journey was an email from their teacher Sue:

“I recently discovered little blue penguins nesting under our deck. (We live out at the Glen). So, I was considering getting the children motivated in the issues penguins face in today’s world. I hope to guide the tamariki to consider building Penguin boxes for McKay’s Bluff, can you help” – Sue

And so the children of Kotahitanga were off on a journey based around the question, “Why did the penguins come to live at Sue’s house?”

Finding out  about the penguins and possible actions.

A series of “I wonder” question’s engaged students to build their knowledge of penguins.

The children explored the meaning of “endangered species” and were encouraged to use their newly gained knowledge about penguins to answer questions about the current situation for the penguins out at The Glen (where Sue lives) and apply these answers to the exploring alternatives section of the ALC. This was then delivered through a Design and Technology project.

The senior syndicate at the school were undertaking inquiry learning through a design technology project and so the penguin learning was linked into this, thus enabling them to continue their class localised curriculum but still participate in the syndicate focus.

“It made us feel like we needed to do something about it!” – Oliver, student

The design technology project brief given to the class was “to develop a product that enables our community to support and protect and endangered species.”

They were tasked with 3 main lines of inquiry: 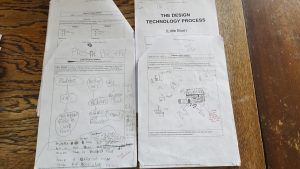 Student design drawings of the boxes.

Based on their new understanding, the class then brainstormed their ideas for their own solution. Students were prompted to be mindful about sustainable use of materials and resources. These design concept ideas were developed to a level where they could draw comparisons between them then choose one idea to take to the next level of design. 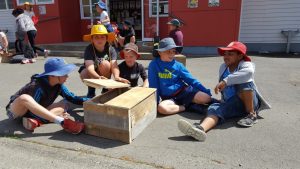 The prototypes of the nesting boxes gave students a chance to experiment with their ideas.

It turned out there were three common solutions that groups were going to move to the prototype level. These were, penguin houses, signage that focused on growing public awareness and a different product (dog jackets) that the funds from production of would be used to feed the action of the other groups. Prototypes were developed giving students an opportunity to move their thinking from the abstract to the practical. Prototypes were then presented to the “dragons den” – business funding event.

“My highlight was planning the whole thing, then doing it”! – Amaya, student

Jaden, David and Austin said, “We felt like we could make a change.”

Penguin pathway games from the Marine Studies Centre, Otago University was popular. This game was played to support children’s learning around the daily life of a little blue penguin and understand how human activities are affecting them and what we can do to reduce our impact. 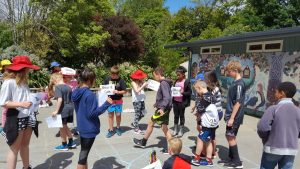 For this class, the game was used as a reflection tool. I was intrigued that, as the students played and as the game progressed, “life got harder for our pretend penguins and comments like, “it’s too hard”, “that’s not fair”, “she cheated”, began to emerge. One could be forgiven for thinking maybe this class doesn’t know how to play “nicely” together, but in fact their reactions were a reflection of their emersion in the game and the real emotions it was tapping into. That’s right kids, those two issues are standing too close together on the game grid and you (the penguin) are finding it impossible to get past (to the water, your home, your feeding ground). Life got pretty tenuous for our penguins and our colony of 20 soon only had 4 or 5 left.

We played the game a few times and when we reflected after, I was really struck by how the students had really “got” not only the many different human actions that affect nature, but that each action can create multiple issues that affect directly and indirectly, immediately and over time and the game really cemented the “cluster” effect of human action. 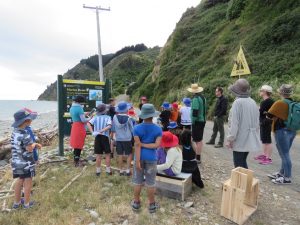 Arriving at the reserve to learn more about kororā habitat and install the boxes. 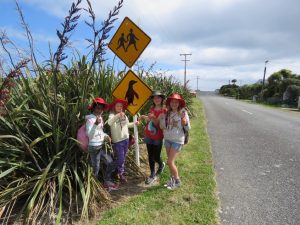 It was a great day to visit the nesting sites and install boxes. 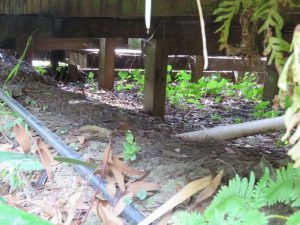 Kororā find shelter beneath people’s homes along the coast. This is Sue’s place.

The class had the opportunity to head out to the Glen to install their newly made penguin/ kororā houses. Sue gave us all a great history of the area including how the community came together to make a positive difference to the marine environment by succeeding in getting the area designated a marine reserve.

The students enjoyed the opportunity to head over to Sue’s house and check out where the penguins had set up their home. We agreed that it was a safe and cosy home, but we were amazed they found their way across the road through the gate, past the dog and around the side of the deck!

Tangaroa sent us a special visit while we were walking along the beach, a big pod of dolphins put on a great show for us.

This process engaged the children in learning about the ecosystem they are part of and the importance of a species special to their place. Through learning and exploration, they were able to design penguin -appropriate shelters that they then helped build and install. It was too early to know if the penguins/kororā  liked their new homes, but the students will be working with the local community to monitor this. 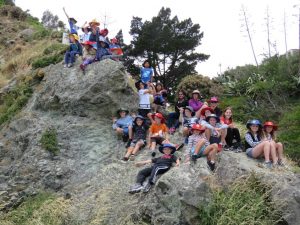 Students get a great view of the coast. 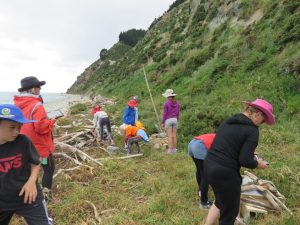 Nelson Central School students ensure the nesting boxes are settled into the environment. 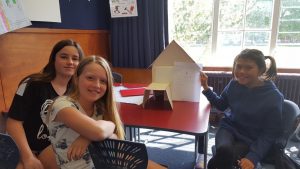 Great! The Menzshed people are coming to help construct the boxes! 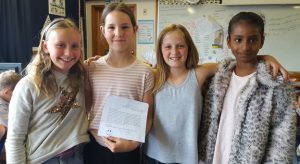 The Signage team. “We felt like lifesavers, we felt satisfied and glad we are helping.” 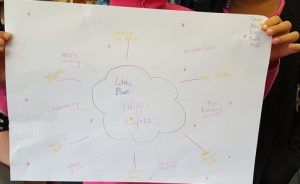 The dog jacket team reflect on their project.