Meaningful teaching and learning out in the environment builds problem solving, literacy, numeracy and practical skills. Enviroschools Teacher Aide Ashlee Bryant tells us how the students from Room 13 at West Harbour School controlled aphids in their class vegetable garden through designing and building bug hotels!

In term one this year, Room 13 (year 4 and 5) at West Harbour School planted their class vegetable garden.  Two garden monitors from the class were selected to water the veges and monitor their progress daily. At the beginning of term two, the garden monitors noticed aphids were starting to destroy their crops (the cabbages in particular). They reported this back to their teacher. 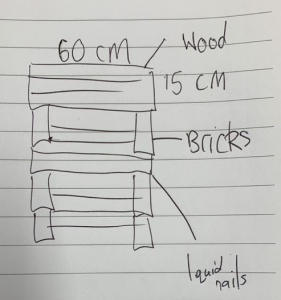 Creative designs for encouraging the bugs.

Lead teacher Simon Robinson supported the class to begin talking about what they could do to solve the issue and to come up with a plan.

They researched the use of pesticides but decided against it due to health and safety concerns. Looking into natural alternatives, they discovered bug hotels.

They watched some YouTube tutorials about bug hotels and explored the different designs available.

They settled on a total of three that they liked and took a class vote to decide which one they would use.

Once the design was settled on, they began sourcing their materials.

As sustainability is their topic for the term, they wanted to use recycled and repurposed material as much as possible. 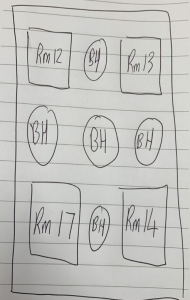 Mapping out placement of the bug hotels between the gardens.

Simon’s brother is a builder and was re-doing his deck, so all the children wrote a letter to him explaining what they were doing and why, and asked if they could have some of his wood that was destined for the dump.

This tied in with the childrens’ formal letter writing lessons that they were working on in class. Simon’s brother replied saying he could also offer some spare bricks from another job he was doing.

The children then had to sketch out their designs for the bug hotels. They worked together in their class reading groups (five groups of 4-5 children). This was a way for the students to extend their maths learning with hands-on example.

They measured the size of wood they would need for practicality and to fit in the space they had. Multiplication and addition were also used as the students calculated how many bricks and pieces of wood they required to make hotels.

The students used great problem-solving skills. They came up with solutions to make the houses stable, to keep the wood attached to the bricks etc. 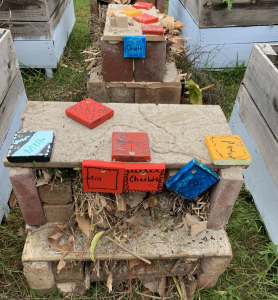 Once the supplies were delivered the children began constructing the bug hotels in their groups.

The children then sourced the materials to fill the bug hotels from around the school grounds. Sticks, branches, stones, pine cones, sand and lawn clippings were used. Some students brought items they collected themselves outside of school (such as shells).

Each group has named their bug hotel and has made a sign for each hotel. They also made small signs with their own names on them and attached them to the hotels.

To develop their record keeping and note taking skills the students continue to observe the bug hotels daily, and document the bugs found and the effect they are having on their garden.

At the whole school assembly, the class presented a slideshow of the project and selected students spoke to the school about what the bug hotels were and their purpose. This provided a good opportunity for the children to develop presentation skills and give them a sense of pride with what they had achieved. It also educated the wider school and staff on the benefits of bug hotels.