Harvesting yams in the maara kai.

The staff at IVHQ volunteer to work at an Enviroschool for one day each year to celebrate their business anniversary. Their previous four anniversaries have been spent at Toko School, Tikorangi School, Uruti School, and Huiakama School respectively.

Each school is given a boost in their environmental action. Schools applying for the IVHQ working bee have all investigated what Environmental Education for Sustainability means to them, and they all look at, learn about, and try out a number of actions that can positively impact their school and community life. This process receives strong support from key teachers, principals and the school’s Enviroschools Facilitator.

Schools create a Vision Map or a plan of their school, and design sustainable changes for their school environment. These can include buddy benches, outdoor classrooms, areas of cultural significance, food forests, habitats for bird and insect life and much more. The plans are only limited by imagination!

The plans are supported and solidified in school by students engaging in investigative research, school trips, talking with experts, testing and monitoring. These undertakings take time however, and often plans are hotly debated and changed. Rarely are trees moved, but often an orchard will get an overhaul and nutrient-drawing / insect attracting plants for pollination will be added. Time for reflection is a big help in deciding the final picture. 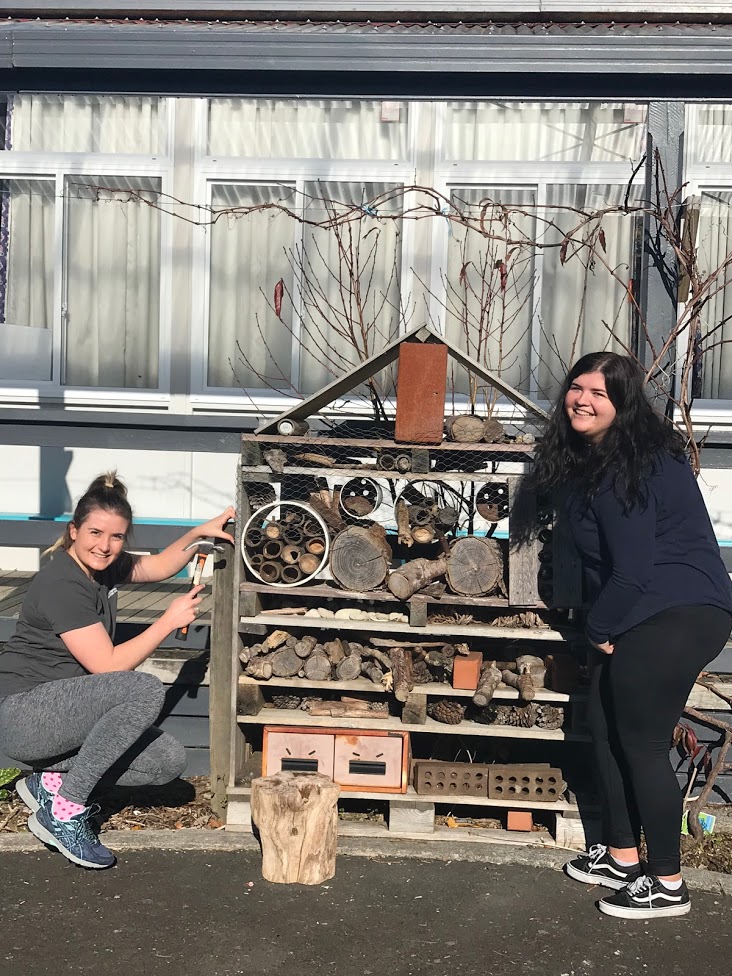 Repurposing and recycling are often at the heart of what these schools are looking at. One school turned an old fridge into a worm farm and IVHQ helped them finish it. The team have also finished a plastic bottle greenhouse, painted a chicken coup built at the school, moved a raised garden bed into a better, sunnier spot, and helped students finish off their bathtub and drum compost/worm juice/plant nursery combo.

The students always drive these changes and are able to explain their thoughts and intentions to IVHQ so that the team can help them achieve their vision. The IVHQ team have learnt so much from the students – and sometimes been told off for not doing it the students’ way! The students love hearing stories about the other countries that the IVHQ team have visited and volunteered in. It widens the cultural and global connections for these – sometimes rural – school students.

At the end of the day, these working bees give the schools and the students a real boost. The students are proud and excited to share their knowledge, ideas, and plans with these equally awesome young adults from IVHQ.