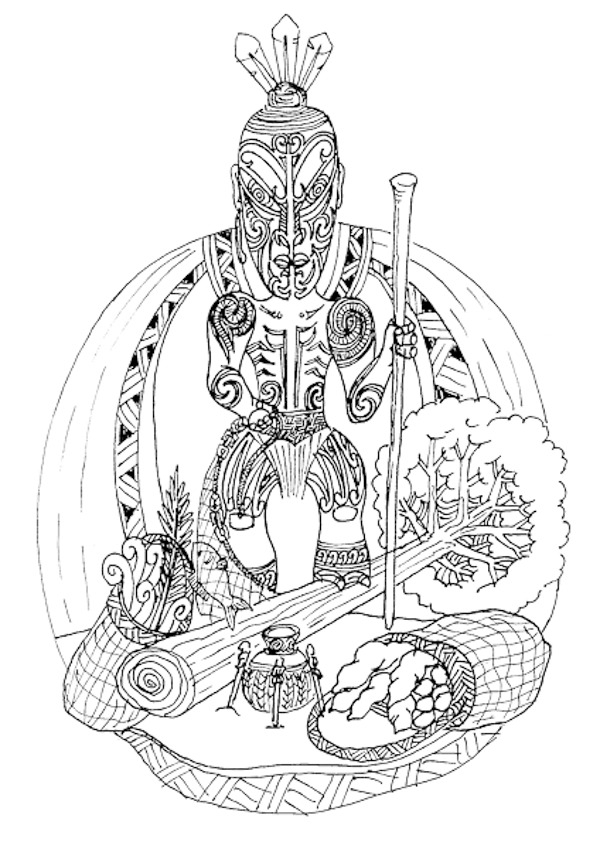 Towards the end of 2021, students (yr 5-8), from a number of local primary Enviroschools, shared their vision for the district, as part of Waipā District Council’s consultation for their new Long Term Plan. Staff from the District Council approached the Enviroschools Waikato facilitator team, asking for help on how to include a youth voice. Camilla and Alex,  the two Waipā facilitators, offered to work alongside some of the local schools. All Waipā schools were invited to participate and a few were shoulder-tapped. Embedded in this process were the Enviroschools Guiding Principles of ‘empowered students’ and ‘sustainable communities’. 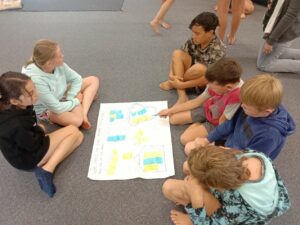 Thinking about the future of their place – whenua (land), wai (water) and kōhauhau (atmosphere) including the urban, rural and natural environments.

To introduce the concept of the long-term plan (LTP), students heard about and were encouraged to discuss the roles of regional and district councils, how they make decisions and how they create plans, including LTPs. Students were asked to share their thoughts, ideas and hopes for the future of their local whenua (land), wai (water) and kōhauhau (atmosphere) including the urban, rural and natural environments.

The 9-11 year olds had bold and inclusive visions that included details on how to eliminate poverty, increase road safety, protect native biodiversity, and mitigate the effects of climate change.

Some of the ideas were fun-filled, like vehicles running on lemon juice and suction shoes, while others demonstrated keen understanding of the challenges our communities face, like a desire for the cost of living to not rise faster than wage increases, or holistic approaches to waterway management.

Students brainstorned their vision, then prepared speeches which were recorded and shared with Waipā District Councillors.

They heard back from Waipā District Council early 2022 and were praised for their input. It seems that the the ideas were well received, and the messages around the students visions and values will be incorporated into the future planning of the District.

“I am certain there are some big take-away messages here for Council.” – Waipā District Council feedback.

“A big ‘well done’ and ‘thank you’ to you and everyone involved.” – Waipā District Council feedback.

Horahora students outline the future Waipā they would like to be part of.